My name is Bjarne Frykholm and I am a Swedish journalist, editor and consultant in the media business.

2012 – 2014 I have been working for Metro International as ”global product manager” with development of editorial tools and mobile apps, assisting and coaching editors worldwide in online publishing.

Until 2012 I was employed at Sweden’s biggest news site and newspaper Aftonbladet during the whole transformation from a tabloid paper to the leading national web site.

Some highlights of my career:

December 2014: I was in Guatemala City to assist the local Metro team to relaunch their site Publinews.gt on the  Metro publishing platform.

October 2014: Migration of Metro US to the Metro publishing platform, including  modernized design and change of content management system.

Jan.-Feb. 2014: Managing the development of Metro’s new apps with push notifications for Android and iPhone. The new apps were launched in six countries.

Dec. 2013-Jan. 2014: In Mexico City to assist the local team at the launch of ”Latin American Hub”  – an internal news agency producing viral content in Spanish for several Metro countries.

April – May 2013: Launch of modern web sites with responsive design for Metro Sweden and Metro France. I was on location to assist the team in Paris.

October 2012: In San Juan, Puerto Rico to assist the local team to launch the online version of Metro Puerto Rico.

2008-2012: Editorial project manager at Aftonbladet,  responsible for the continuous development of Aftonbladet’s mobile web and several news and sport apps for iPhone and Android.

During these years Aftonbladet’s mobile traffic took off and was established as the by far most visited in Sweden, according to official figures of Kia index.

2002-2006: Web editor at Aftonbladet’s Travel and Motor sections. As a Travel editor I published a lot of downloadable pdf travel guides and wrote some myself from Prague, Tallinn, Riga, Lisbon and Warsaw. These popular guides became the base of Aftonbladet’s successful premium content service ”Plus”. I also edited and created many 360-degree panoramic images (years before Google Streetview). View some samples here of my early panoramic images (unfortunately the ancient QuickTime VR technology is not supported by mobile Safari nor Chrome. Use Firefox to view these panos).

In a special project I was introducing interactive Flash news graphics on the site. (A sample from 2002 is still available on this link)

1998 – 2002: News editor at Aftonbladet’s web desk during the initial years when internet was established as a primary news source. In the first years journalists had to hand-code all pages in html. Later a content management system was created in-house. It was in fact named ”Bjarnux” after my original ideas and it was considered very editor-friendly. 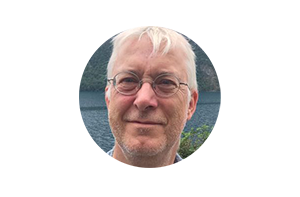